Who says adults can’t play with Nerf blasters? Just ask the hundreds of modders and tactical Nerf experts, and they would beg to disagree. Hasbro, the famous toy company who makes Nerf, made sure to have something for everyone.

If you take plastic warfare seriously, you won’t be disappointed with Nerf’s recent toy releases meant for more advanced gamers! The best types of Nerf guns for adults maximize the fun for grownups with toy lines targeted towards tactical games, modding or even just faster, hard-hitting ammo power. For heavy gunner stuff, NERF machine guns are the best choice.

Here are some of the best Nerf toy line series for adults:

When you use a CS type model, you can load darts faster, because they come in prepackaged “clips” (also called “magazines” that can be attached to a blaster)that hold multiple darts at a time. The Rhino Fire model is another CS blaster that uses “drums”, or a barrel type preloaded clip.

Most adults nerf guns are motorized because it’s more fun unloading ammo at speeds of up to 100fps (feet per second)! Hasbro let trigger happy players have their day in the sun with blasters that are fully automatic. The NERF Ultra One Motorized Blaster is one of the best.

If you’re a modder, you can get a kick out of Nerf’s Modulus series. It offers upgrade kits and accessories so you can change your blaster’s shooting modes.

Mark has always liked playing video games since he was a kid. He has won various game tournaments, including best chess player in his state. Mark is also a star wars fanatic, which is clearly portrayed in Darth Vader wall clippings in his room. But, it is when he discovered the ultimate nerf gun that he took his love for games to the next level. Between him and his brother, they have one of the most extensive collections of nerf guns in the city. Besides games, Mark is an avid reader. This is clearly evidenced in the numerous blogs that he writes. 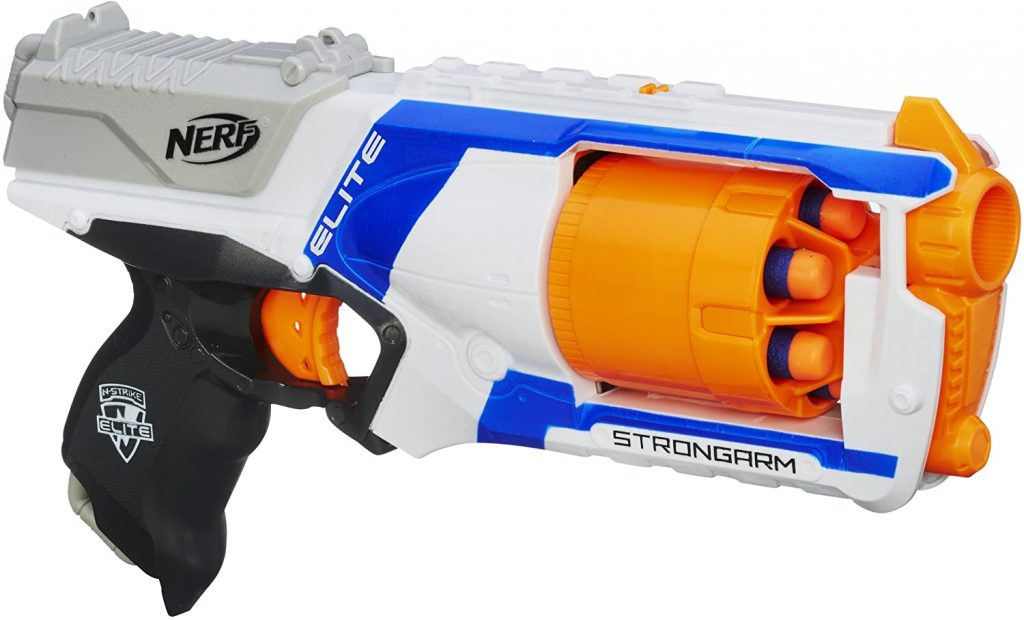 Best NERF Guns for Under $15

Best NERF Guns for Under $10